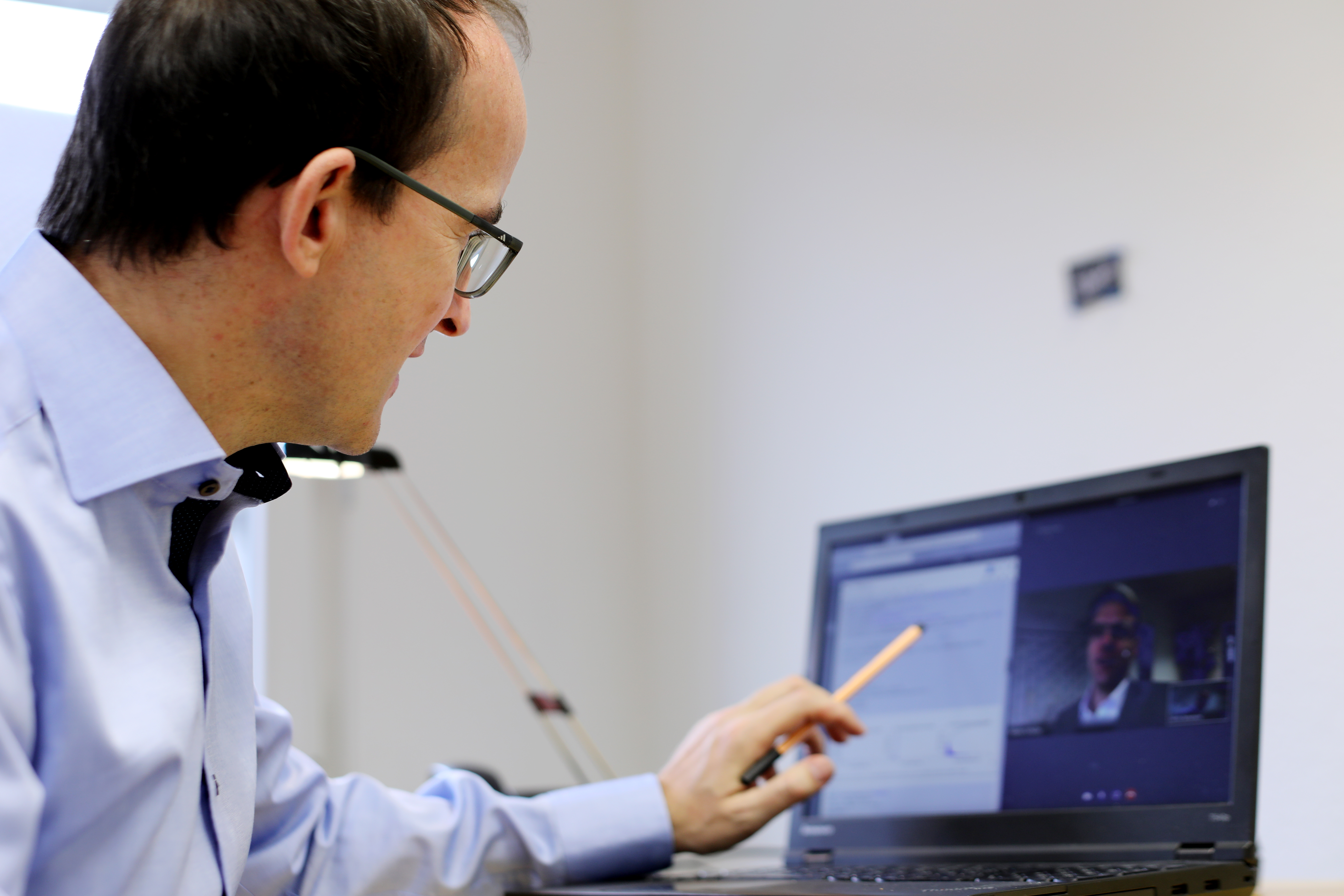 Sales in times of Corona

BusinessCode at the IT Strategy Meeting

On 10.06.2020 BusinessCode should have attended a long planned event in Frankfurt, the IT Strategy Meeting. Due to the current circumstances, the event was held digitally without further ado. A field report about conferences and sales in times of Corona.

Actually, CTO Martin Bernemann and CEO Martin Schulze would have been in Frankfurt on 10 June to present BusinessCode. Instead, the two of them, like all the other participants, sat in front of their screens at home or in the office.

About 50 participants from the field of IT management

About 50 participants were present, mainly from the field of IT management from large corporations as well as larger, medium-sized companies. The event lasted the whole day and did not only focus on the German market. Some discussions with internationally operating companies were held in English. In addition to several one-to-one meetings, BusinessCode also took part in round table discussions. There, the participants mainly discussed the effects of the Corona crisis on the IT strategy of their companies.

Due to the very open character of the talks, a number of interesting contacts were made and follow-up talks have already been arranged. The insight into the home offices often resulted in a different, more personal contact. This is a new facet in these digitalised events, which was perceived as positive and can contribute to the establishment of contacts.

There was generally good feedback

The feedback at the end of the event was unanimously good. A digital conference works, especially in the field of IT and IT management. It will at least complement face-to-face events in the future. This perception will vary from industry to industry. In IT management, however, collaboration with distributed teams has long been common practice. So taking part in online meetings will not be a major change in the way things work and communicate. Because of the practical benefits, some people were quite enthusiastic about the format. The question is whether to “go back” and travel to Frankfurt especially for such events, for example, or stick to a flexible, mixed model. Because it’s the mix that does it, not “just” being on site or “just” online.

In any case, we at BusinessCode are not only ready, but also curious to see which lasting experiences one will take from the Corona era into the new everyday life. Our experience with the online conference was good throughout. We booked our place at the follow-up event in November in Frankfurt (this time on site again) directly.