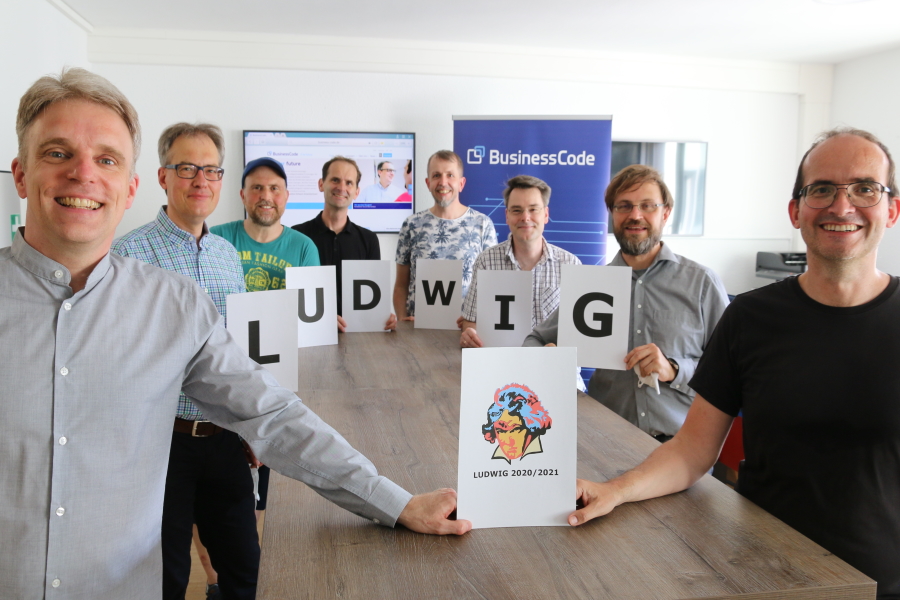 The innovative succession model convinced the jury of the “Ludwig 2020/21”. Company successions of this kind are still largely unknown in Germany, and the jury clearly wanted to set an example for people to emulate with its award.

23.06.2021 “We are delighted that we were able to convince the jury with our management buy-out Made by BusinessCode,” says Martin Schulze, CEO and shareholder at BusinessCode. The medium-sized software developer was awarded for its special model of taking over a company, which combines elements of both preservation and innovation.

Management buy-out Made by BusinessCode briefly explained: The company was taken over by a total of 10 long-term employees. These are now both employees and shareholders. The former founder remains associated with the company as a shareholder. For founder Hanno Gehron this was a significant step, which was much easier for him in this constellation.

The idea for a management buyout of a different kind arose from the company’s culture as well as the intensive and good teamwork at BusinessCode, which is characterized by mutual trust and intensive cooperation. The management buy-out was an important step in the development of the Bonn-based IT company. Together, as a well-coordinated team, they laid the foundation for further entrepreneurial development. “We used the existing team spirit for the new beginning,” explains Schulze.

The idea of sharing the responsibility for the company’s continued existence among several people convinced the 10-member jury. In addition to this preserving aspect, the existing potential was also to be used as a basis for further entrepreneurial development. When companies are taken over, the time afterwards is not always easy. The company and its employees usually have to find themselves anew. This is different here and the team of BusinessCode was able to take off directly after the takeover.

And that is how it is. The company is currently looking for new employees to support its strong growth. “The management buyout is a strong signal from the workforce that we still have a lot planned for the company. This includes growth and the integration of new colleagues,” says Martin Bernemann, also managing director and shareholder, describing the IT experts’ task for the coming months.

But first of all, there will be a big celebration, even if it is only virtual for the time being. The team will catch up with a personal celebration as soon as this will be possible again.

Caption: The employees/partners around Martin Schulze (left) and Martin Bernemann (right) were awarded the “Ludwig 2020/21” for the best company succession