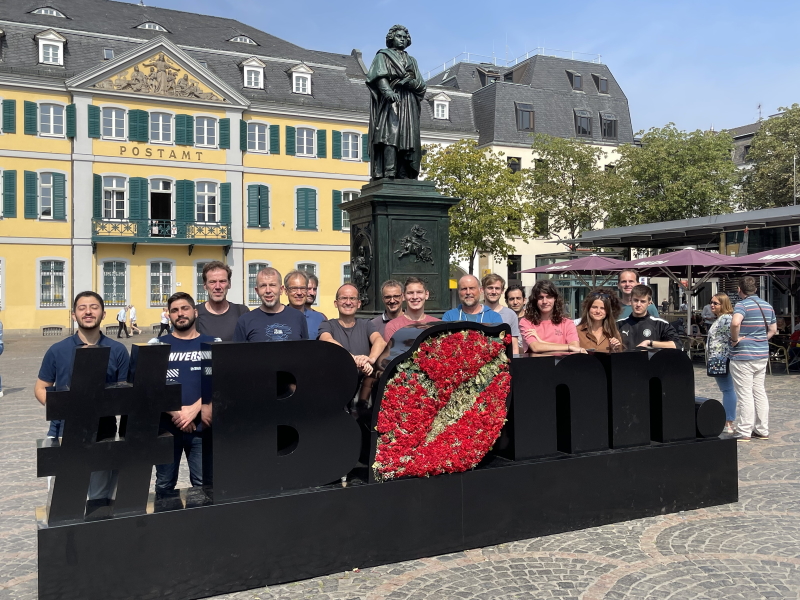 BusinessCode in the National Cybersecurity Team at European Championship

BusinessCode employee Jason Manthos is a student at the Faculty of Computer Science of the University of Athens/Crete and as such a member of the National Cybersecurity Team at the European Championship in Vienna in September.

14. September 2022 “Congratulations. We are proud to have an employee like this in our ranks,” begins BusinessCode CEO Martin Schulze. The induction of Jason Konstantinos Manthos into the Greek National Cybersecurity Team of students from the Department of Computer Science at the University of Crete was cheered by the entire team. “Jason earned his slot by his performance in the pre-competition. Great achievement,” Schulze emphasizes on behalf of everyone.

The Greek National Cybersecurity Team is participating for the seventh time in the major pan-European cybersecurity competition “European Cyber Security Challenge 2022 (ECSC22)”, which will take place in Vienna, from 13 to 16 September 2022. The competition is an initiative of the European Union Agency for Cyber Security (ENISA) and is actively supported by the Ministry of Digital Administration. In addition to the two patrons, there are numerous companies as sponsors. The Department of Digital Systems of the University of Piraeus, headed by Professor Christos Xenakis, is responsible for the Greek participation. The Greek National Cybersecurity Team is supported by the Greek (ISC) Chapter as well as the Greek Internet Security Center.

The team that will represent Greece in the finals this year consists of 14 people (10 main participants and 4 substitutes). A mix of students, professionals and non-professionals, hackers and security researchers between the ages of 15 and 26. Manthos, who has been working at BusinessCode since May 2021 as a working student developer, is one of them.

To be nominated, all participants had to go through a qualification competition and perform outstandingly. The qualification competition started online in March via the Open ECSC platform. Together with members of last year’s team, they will form the national delegation for the 2022 European competition. To best prepare for the competition, the Greek team is conducting online training sessions. “We are preparing on different topics such as Binary Exploitation, Crypto, Web, Forensics, Reversing, PPC and Blockchain,” explains Manthos, who is obviously proud to be part of the Greek national team.

Bildunterschrift: Jason Manthos (fourth from the left) with his colleagues at the BusinessCode company event in Bonn